Thanks to your phone calls and emails, the pro-tax hike politicians in Atlanta have started to feel the heat.

But our fight isn’t over yet — they’re coming back to the Capitol today, and they could vote on the gas tax hike bill at any time.

And I am afraid many of the politicians are going to cave to pressure from special interests and vote for a tax hike if we don’t make our voices heard.

You see, the gas tax hike bill’s chief sponsor, Representative Jay Roberts, has been twisting arms and cutting deals to get his bill passed.

At the hearing last Thursday, Rep. Roberts even admitted that parts of H.B. 170 were unconstitutional! 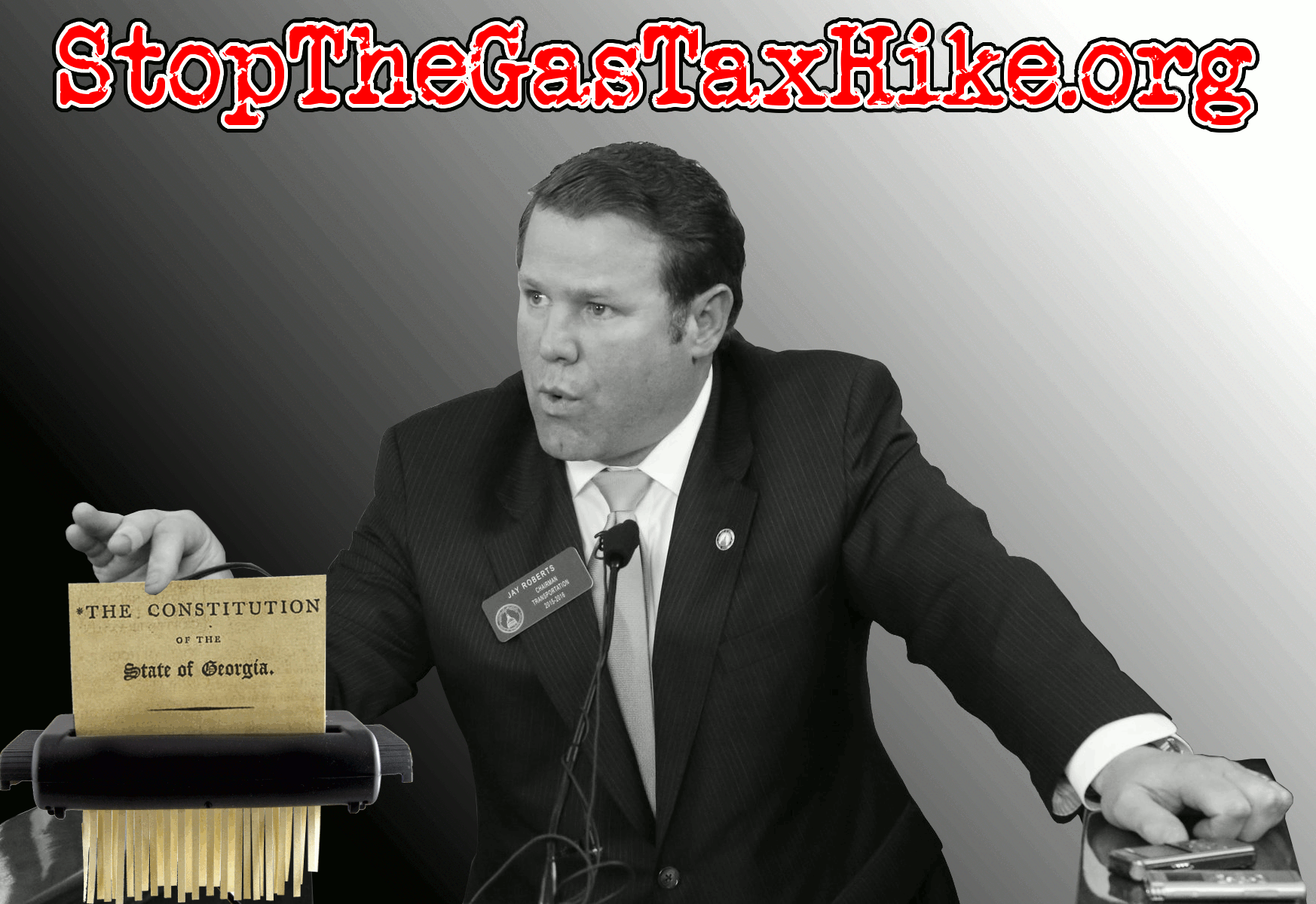 Those sections of the bill were added to appeal to Democratic committee members.

That just shows how desperate he is to pass this gas tax hike and to what lengths he will go to buy votes from other state representatives.

Please take a moment to send another round of emails to the transportation committee members.

You can cut and paste the following email addresses into the send field in your email account and email each of them at the same time:

And here is a message that you can copy, paste, edit to your liking, and send:

I am appalled that your committee would even consider H.B. 170 after it was admitted by Rep. Roberts that parts of the bill are unconstitutional.

Not only is H.B. 170 a massive tax hike that Georgia families cannot afford, but it represents a dangerous kind of lawlessness that I will not stand for.

I urge you to withdraw H.B. 170 from consideration immediately and vote “NO” on any other tax hikes that may come before you

These politicians have started to feel the heat.